Our team of outgoing and experienced insurance agents are here to help you, your family, or your business find the best value to meet your insurance needs! 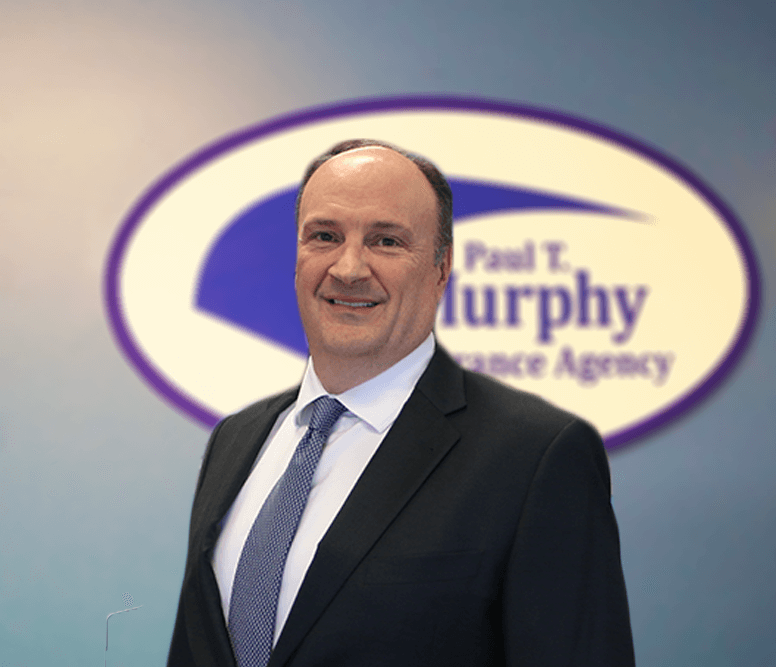 Paul started the Paul T Murphy Insurance Agency, Inc in 1988. With the help of his staff and family, the agency recently celebrated it’s 33rd year in business. The agency has been recognized locally by Market Surveys’ of America as the Best Insurance Agency in Malden for 20 Straight Years. In February 2010 the agency was on the cover of Rough Notes and nominated for Agency of the Year. In 2018 the Agency was honored to receive the SAN President’s Club Award.

Paul was raised in Malden and resides in Melrose with his wife Jeanne and daughters Mackenzie and Courtney.  Paul is a 1982 graduate of Malden High where he was a 3 sport athlete and winner of several awards. Paul went on the New Prep in Cambridge, MA and was a 1987 Graduate of UMass Boston. Paul was the Assistant Varsity Hockey Coach at Malden High School for 9 years before retiring. He was inducted into the Malden High School Tornado Club Hall of Fame in 2013.  He has served as President of The Malden Chamber of Commerce and stays active in community.  In 2013 Paul was appointed to the Workforce Training Fund board by Governor Charlie Baker. 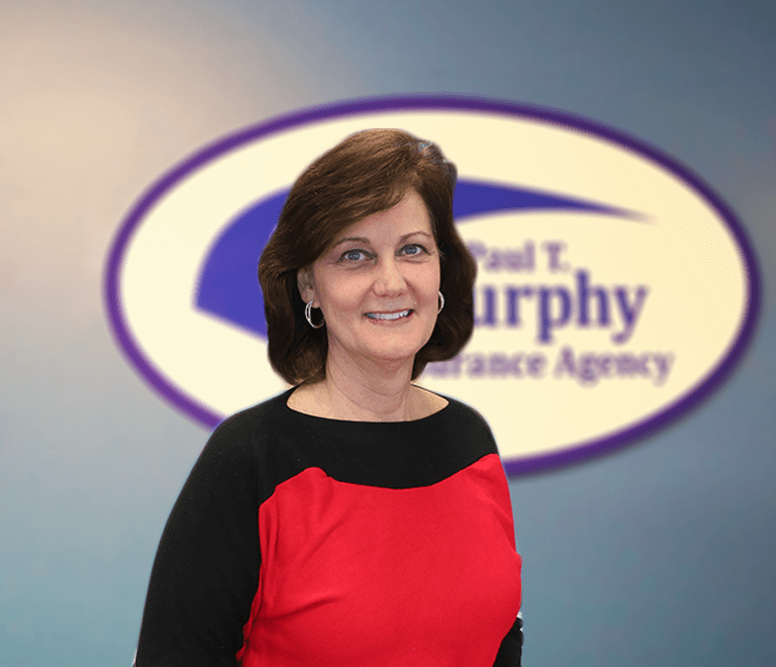 I began my career in the insurance industry back in the mid 80’s at Fred S. James Insurance Company.  I was originally hired to start up a central file, but I was promoted as Office Operations Manager within a year.  I started working at Paul T Murphy Insurance in 2001, and I continue to handle the daily office operation as well assist with personal auto insurance. 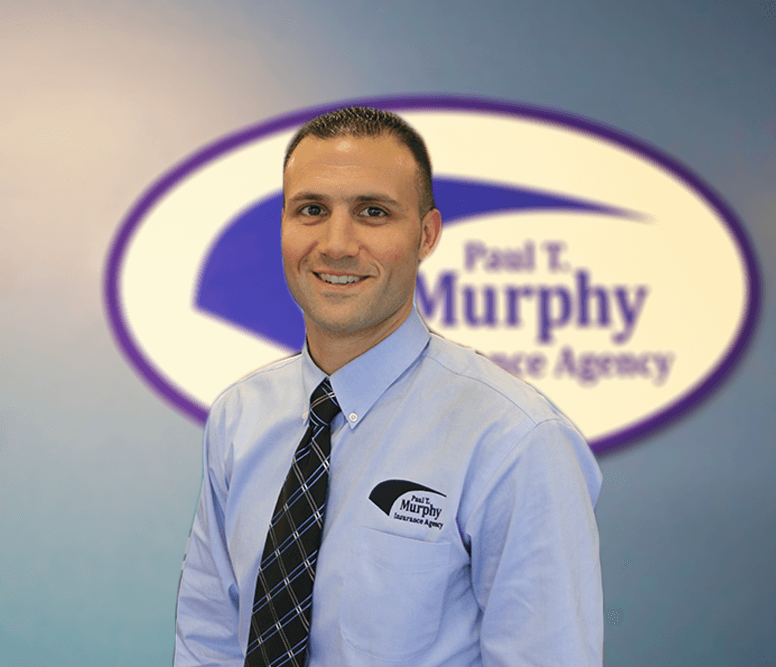 Born and raised in Melrose and a graduate of Melrose High School in 2002 where he excelled in Football and Wrestling. He is a graduate of Salem State College where he earned his Bachelors of Science in Business Administration in 2007. Greg started as an intern at Paul Murphy Insurance in 2003. In 2007 Greg passed his Massachusetts P & C Licensing exam in addition to completing the OneBeacon Commercial Producer Training School. He has become part of the management and perpetuation team at Paul T. Murphy Insurance. Greg focuses on small to mid-size accounts and enjoys working with business owners large and small.

In 2010 Greg was on the cover of Rough Notes magazine with the owner. In 2022, Greg was elected to the MAIA Board of Directors where he works with other leaders of the industry to strengthen independent agents and advocate for consumers.

Greg also takes part in the agency's many charitable and local endeavors. He was a vital part of Athletes for America when the agency partnered with the organization to teach 200 students and teachers lifesaving CPR techniques. Greg and his family have also taken part in the Housing Families, Bread of Life and Breast Cancer Fundraising Drives the agency has been part of. More recently, Greg has volunteered his time educating and speaking to parents and soon-to-be drivers at a local driving school. He has also given lectures on behalf of the Medford Housing Authority at First Time Home Buyers seminars on the importance of getting the proper coverage. 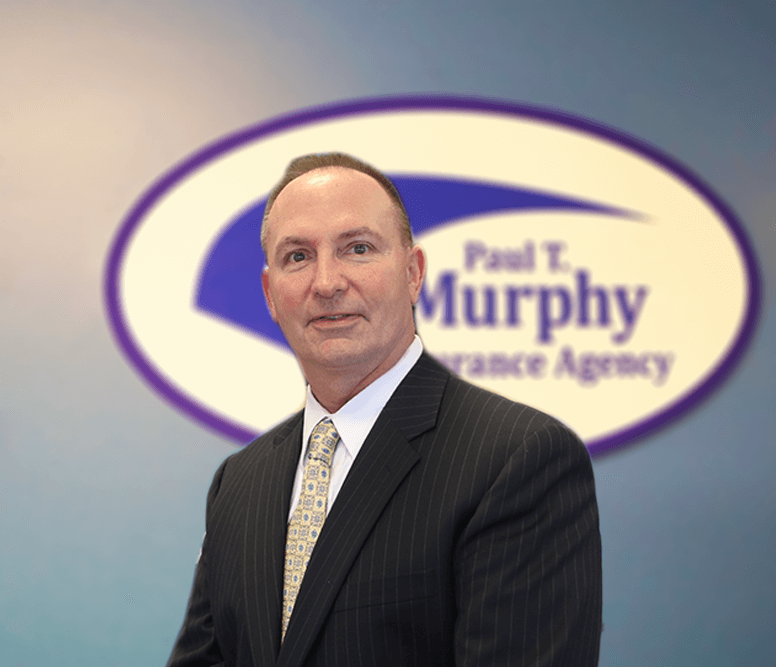 I was born and raised in Malden, graduating from Malden High in 1982.  I’m a husband and proud father of two, currently residing in Malden.

I’ve worked at Paul T. Murphy Insurance Agency for 17 years as a Life Insurance agent.  My focus has been helping folks prioritize their life planning goals and creating strategies to support those objectives.  With experience in Life Insurance, Annuity’s and Group Benefits, I can guide you and your family to the appropriate insurance product to fit your needs. As a family man, I understand the importance of your goals and I’m available to house calls.

I am also a Member of Million Dollar Roundtable. I’m to be part of such a select group of Insurance Professionals.  I look forward to the opportunity of working with you and your family to help establish and meet your long-term care plan! 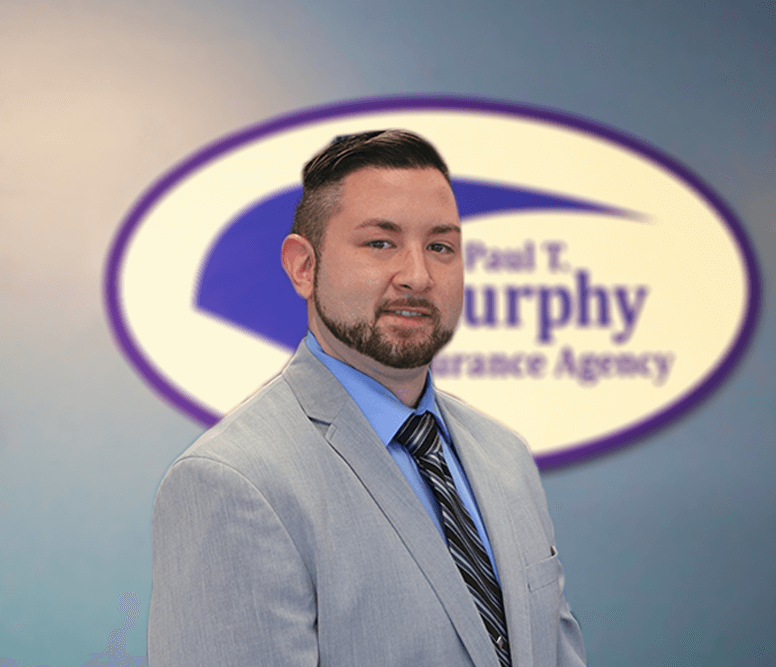 I was born, and currently reside, in New Bedford, MA. I began my Insurance career here at Paul Murphy Insurance in January of 2009. When I began working at the agency, I was residing in the greater Boston area and taking classes through Northeastern University. I began writing and reviewing personal auto policies, which later expanded into other aspects of personal lines insurance including homeowners and dwelling fire policies, umbrella policies, boat insurance and personal article floaters. Over the years, I have acquired professional designations in both personal lines as well as commercial lines insurance. I have been involved in book rolls as well as the integration of several new insurance companies into this office. Although I now concentrate more in the Commercial lines area of the business, personal lines insurance is still an integral part of my day to day operations.

As an industry, the products and availability of the insurance companies are constantly evolving, we as insurance professionals are tasked with keeping up with the times. There is never a dull moment in this industry and I welcome this challenge. It is exciting to be able to speak to our customers and explain the changes that are taking place all while being able to offer different products to fit their evolving needs. When I first began at this office, I viewed my original position in the agency as a job, but now take it on as my career. I look forward to the years to come here at Paul Murphy Insurance Agency! 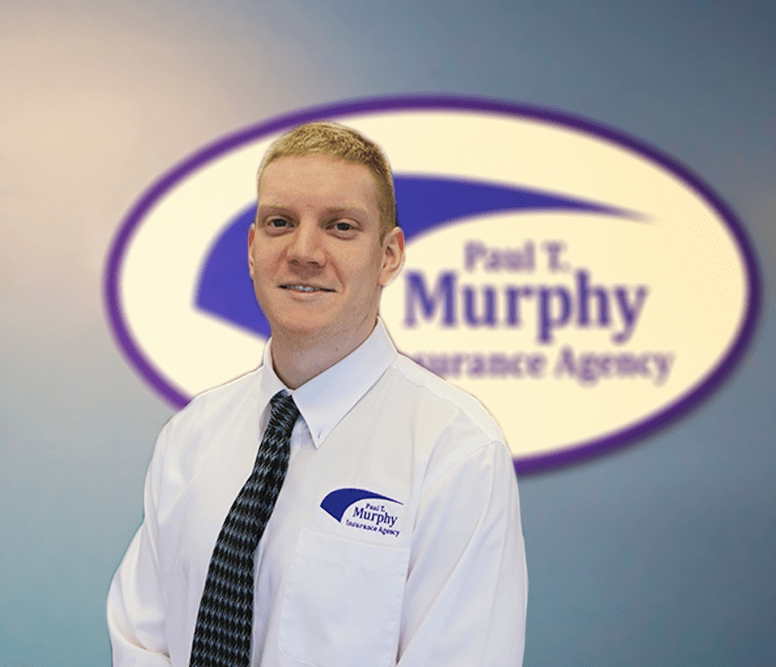 I was born and raised in Saugus Massachusetts where I graduated high school. I continued my education at Curry College where I earned my bachelor’s degree in Communications. I was introduced into the insurance industry by my co-worker Greg Porziella in 2017. I am in personal lines and can help with quoting home, auto and umbrella. I enjoy helping our customers on a daily basis and the challenges the insurance industry brings. 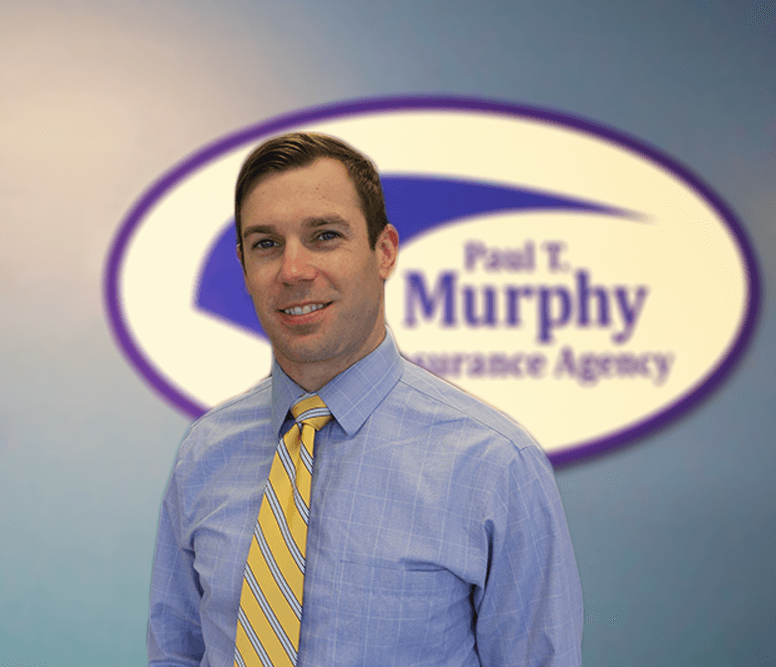 I was born and raised in the Berkshires and made my way to the Greater Boston area while attending UMASS Lowell. After earning a bachelor’s degree in Business Management, I started my career within the insurance industry at Safety Insurance in downtown Boston. Throughout my career, my experience has primarily focused on personal line accounts. I recently decided to move from the corporate side of insurance to the agency level, in order to round out my insurance expertise. I joined Paul Murphy Insurance Agency in June of 2017 and I’ve been fortunate to continue developing my career within the insurance industry; taking my corporate experience to an agency setting. 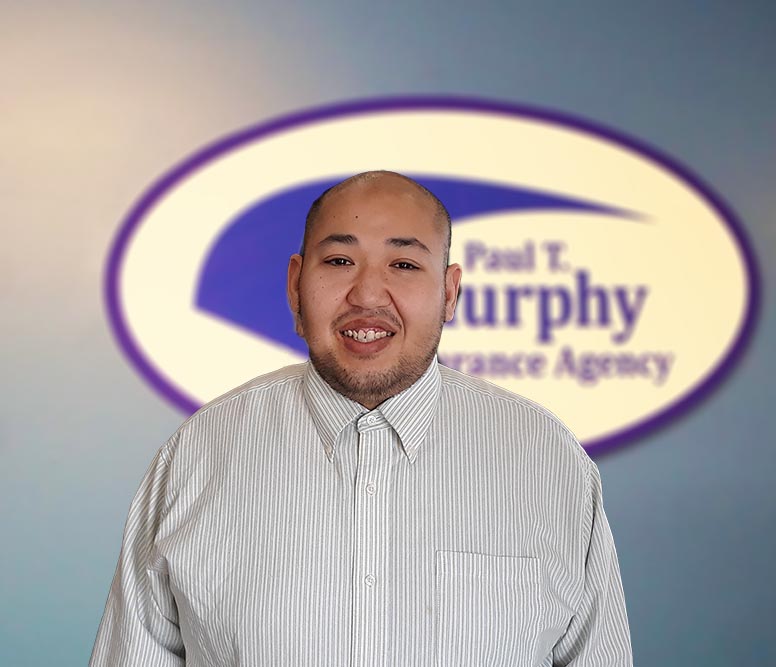 I was born in Vietnam, came to Malden when I was 5, and have called it home since. Been with Paul Murphy Insurance since 2020.  I enjoy learning more and more about the insurance industry and the team I work with. I am a licensed insurance agent and I am in personal lines. I can help you with quoting personal autos, homes and umbrella. I have a goal to learn more about commercial lines. In my spare time, I enjoy watching sports of all kinds especially Boston teams and playing board games 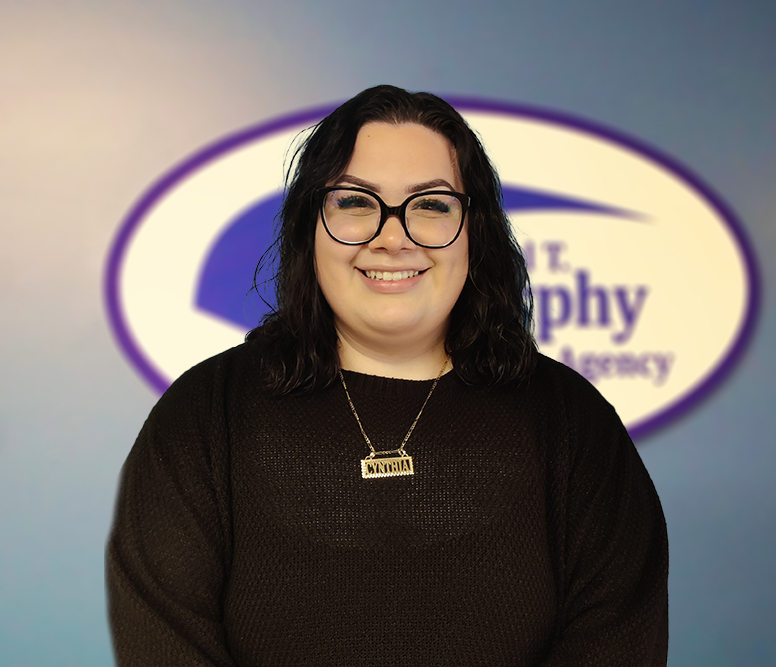 I was born and raised in Revere, MA. My insurance career started a little over 3 years ago and I have loved it ever since! I started off with personal lines at a different agency and have now moved on to the commercial lines side here at Paul T. Murphy Insurance Agency. I am excited to continue to grow and learn more along the way! 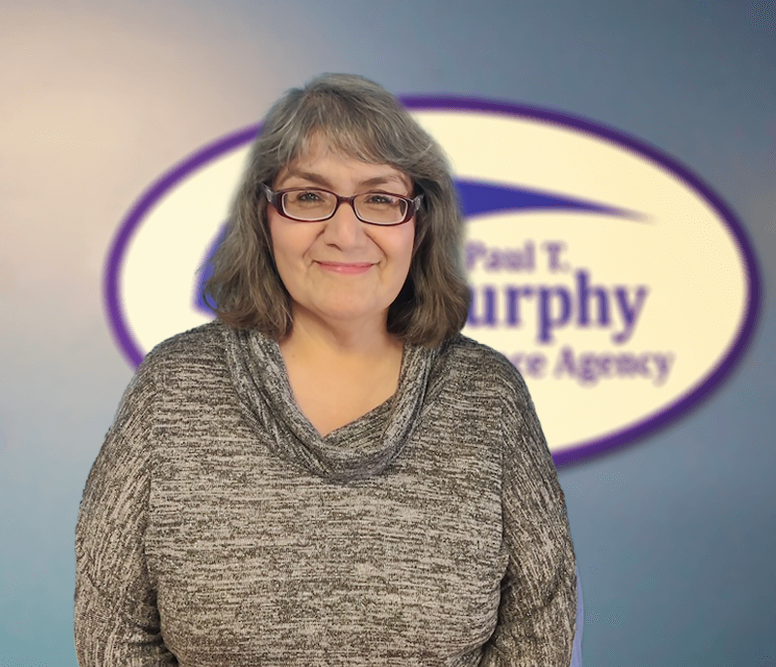 Yolanda was born and raised in Washington State. Married young and moved to the Bay area in Northern California in the 80’s where she worked in the height of the electronic industry Silicon Valley. She worked there for several years working various task such as assembling printed circuit boards. She later went on to work in banking and became an assistant manager in food and retail industry. At the same time obtaining a certificate in travel in San Jose.

As she moved to Massachusetts she landed a job as a file clerk in an insurance agency and learned more about the insurance industry. She started handling claims as well as writing auto policies understanding underwriting procedures. Having been at the same agency for 21 years she would go on and work for another agency. While there she learn how to write home, umbrellas, renters insurance. She then left for a short period but has recently returned and is currently brushing up with current trends in the industry with the help of her educated co-workers. 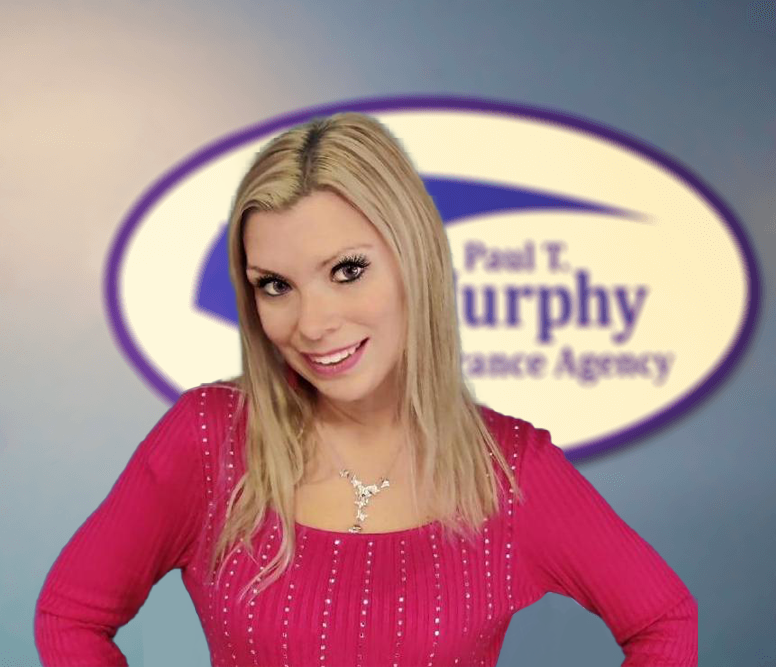 Stephanie grew up in Saugus, Massachusetts. Her extensive experience in client relationship management and personable nature has made her an asset at Paul Murphy Insurance Agency. She is relatively new to the insurance world but is already building a strong rapport with much of the clientele here at Paul T Murphy assisting them whether it be thru walk ins, phone or emails. She already feels she has found her niche in handling claims but is also always willing to learn new tasks every day. She greatly enjoys being part of such an experienced and helpful team of people here at the agency. Her ambitious nature also extends to her life outside of the workplace where she is an avid reader who runs a very successful online book club going on 7 years now. In her free time, she loves nothing more than going to music shows and of course most importantly spending quality time with the people she loves most.

Get In Touch
Paul Murphy Insurance • 628 Broadway, Rt 99 Malden, MA 02148 • 781.321.9700
This material is for informational purposes only. All statements herein are subject to the provisions, exclusions and conditions of the applicable policy, state and federal laws. For an actual description of coverage, terms and conditions, please refer to the applicable insurance policy or check with your insurance professional. The illustrations, instructions and principles contained in the material are general in scope and, to the best of our knowledge, current at the time of publication.